This pop-up concert in the middle of Times Square on December 1, 2014 was kept TOP SECRET under the code name Operation: (RED) Square. Organized by U2 as a Thank You to NYC from the (RED) Charity, it looked like it might not happen when Bono had a serious bike accident in Central Park. However he called on his friends Chris Martin and Bruce Springsteen to handle vocals and a truly once-in-a-lifetime event resulted. When the Mayor of NYC, who was supposed to open the show, was called to Washington DC just hours before showtime, Bono once again went to his iPhone and got none other than Bill Clinton to open the event for us.
With additional performances by Kanye West and Carrie Underwood. It was once again a true pleasure to collaborate with the one and only Willie Williams who as the Show Director and Designer entrusted me with the Show Lighting.
Additionally, we fed custom content to most of the screens in Times Square during Where The Streets Have No Name....it was a magical night, take a look…–MB 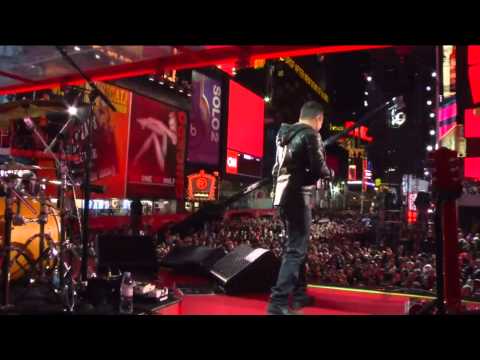